Not all gays are left-wing tools.

On Wednesday morning, posters suddenly appeared in West Hollywood, California featuring a gay version of the Gadsden Flag featuring a rattlesnake on top of the gay rainbow. The flags also had the hashtag #ShootBack indicating a more proactive approach to gay self-defense.

If the series of terrorist attacks across America over recent years have proven anything, it is certainly the government’s inability to protect American citizens from acts of terror. Thus the call to arms is much more than symbolic; it is a very real reminder that citizens must be ever-vigilant and prepared to confront evil when it comes intent on violence, and the only real path to ensuring one’s own survival is to rely on the most powerful deterrent that one can utilize. Those who would emasculate Americans by denying them the right to bear arms are guilty of aiding and abetting evil when it strikes.

True. The Government that investigated Omar Mateen and Tashfin Malik and decided they were not threats — the same Government that sold the same kind of guns to Mexican drug cartels that they want to make it illegal for American citizens to own — is not fit to be relied upon as a guarantor of public safety. 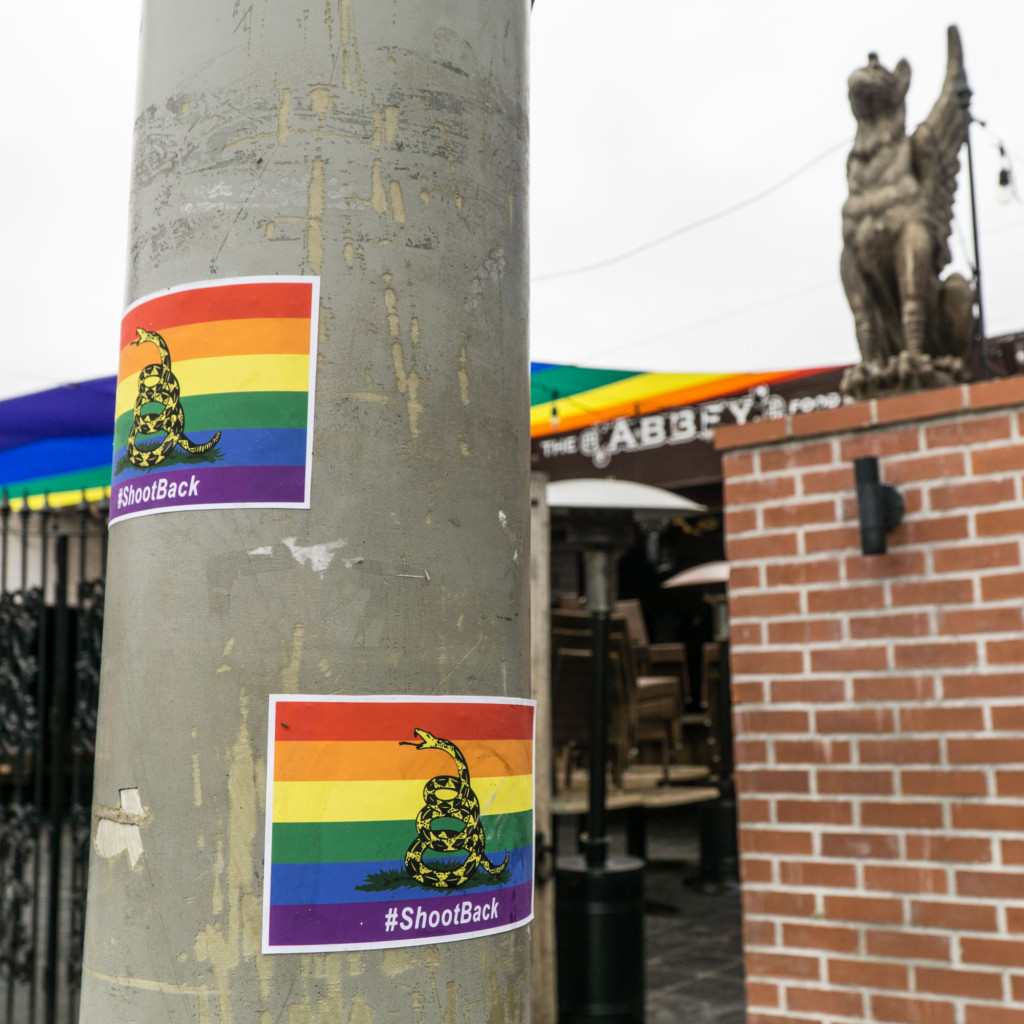