Obama wants him some gun control and to distract the public from the fact that his PC-obsessed Government is not just failing to protect Americans from terrorists but actually adding to our peril, so the Democrat Media Operatives of the American Press are doing whatever they can to put Democrat propaganda out in the guise of “journalism.” 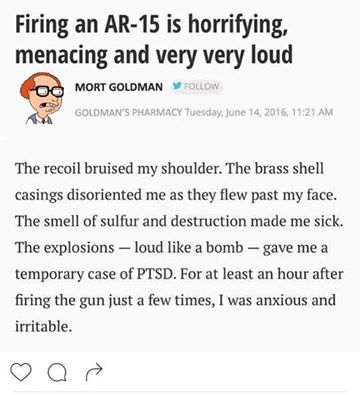 People who actually know something about guns are skeptical of his account, especially since even little girls can fire off AR-15’s with no problem: