The Left-Wing Democrat Mayor, Police Chief and City Council of West Hollywood are mortified at the appearance of #Shootback signs urging gay people to arm and train themselves for self-defense against violent criminals and jihadists.

“We are disturbed by them,” West Hollywood Mayor Lauren Meister said of the posters. “We don’t believe in an eye for an eye, and we advocate against gun violence.”

In addition to the mayor, Police Capt. Holly Perez of the Los Angeles County Sheriff’s Department West Hollywood Station, who noticed the signs while going on a run, believes the signs send a bad message:

Yeah, the message that left-wing Democrat Governments cannot be relied upon to protect gay people from violence.

“I understand the sentiment behind them and 1st Amendment rights, but it’s a bad message,” Perez said. “I hope it’s just people venting that they could do this, and I’m hoping their calmness will take over. It’s our job to keep you safe.”

No, it isn’t. The police cannot “Keep you safe,” they can only mop up the blood and maybe shoot or catch the perpetrator after your dead. The police in Orlando did not keep the patrons at Orlando Pulse safe. Neither did the FBI. Neither did Homeland Security.

West Hollywood Councilman John Duran, who is gay, said the signs were upsetting and not the right message for the gay community. “Even during our heightened days of civil disobedience and protest, we have only advocated peaceful means, never arming ourselves and retaliating with violence.”

This is not about retaliation you gay leftist lickspittle, it’s about deterrence, self-defense, and not being dependent on a Government that has proven incompetent at the basic task of protecting its citizens.

Some of the comments in the LA Times article Patterico links are epic in their stupidity, with commenters literally taking the position “We refuse to support gun rights for gay people because Reagan let people die of AIDS.” 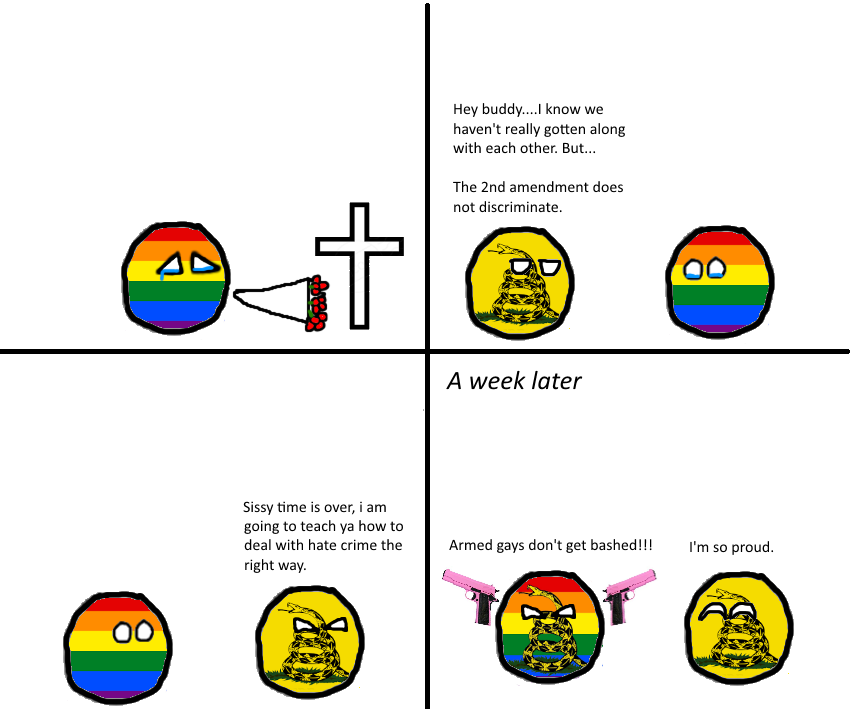