Congratulations to the United Kingdom of Great Britain and Nothern Ireland for voting to leave the European Union. It seems real because it has prompted Cameron to resign.

The EU began in 1957 as the European Economic Community, originally a free-trade zone for western Europe. And that’s a good thing. Unfortunately, over the decades (and especially after it became the European Union in 1993), the EU devolved into an intensively oppressive bureaucracy that imposes endless, krazy regulations on its member states and, for practical purposes, voids democracy in them.

Britain should gain a brighter economic future from the separation. The “Remain” campaign, of course, tried to claim the opposite. Britain does massive trade with the rest of the EU, and the “Remain” campaign tried to scare voters that the trade will be lost. Which is ridiculous; the EU itself needs its British trade, and the example of Switzerland (not to mention China or the U.S.) proves that independent countries can do massive trade with the EU.

But it’s not just the economics: Separating from the EU (if that is now put into practice) should mean that Britain has regained an important part of its sovereignty and its democracy.

On a personal note: This event is a pleasant surprise for me. Despite the “Leave” campaign’s leading in many British polls, I was sure that the British-EU elites would manipulate the election so that “Remain” had to win. (Manipulate the voters and/or the voting, the counting, etc.)

In other words, I was sure that British democracy was already dead. Today’s news reminds me, in a happy way, that I don’t know everything. Just to put sprinkles on the ice cream, it’s also a well-deserved slap in President Obama’s face. 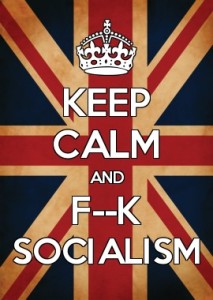