The FBI has found no evidence that Omar Mateen was just a misunderstood closeted gay man driven to mass murder by the opposition of conservatives to gay marriage.

The FBI has found no evidence so far to support claims by those who say Mateen had gay lovers or communicated on gay dating apps, several law enforcement officials said.

He claimed the shooting was carried out in allegiance to the militant group Islamic State, as a message to halt U.S. bombing in Iraq and Syria.

Not that the FBI has exactly covered itself in glory in this case, but maybe you guys should consider the possibility that a man who swore allegiance to ISIS, who was raised by an Islamist father, and who has a long well-documented history of hostility toward non-Mohammedans might just have been motivated by a desire to commit an act of terror in the Name of Mohammed against Infidels. 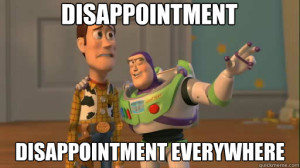