Marchers at NYC’s gay pride parade. I guess no one has broken the news to them that Omar Mateen was a Democrat.

Addendum: Hillary Clinton showed up long enough for a photo-op and then dipset. 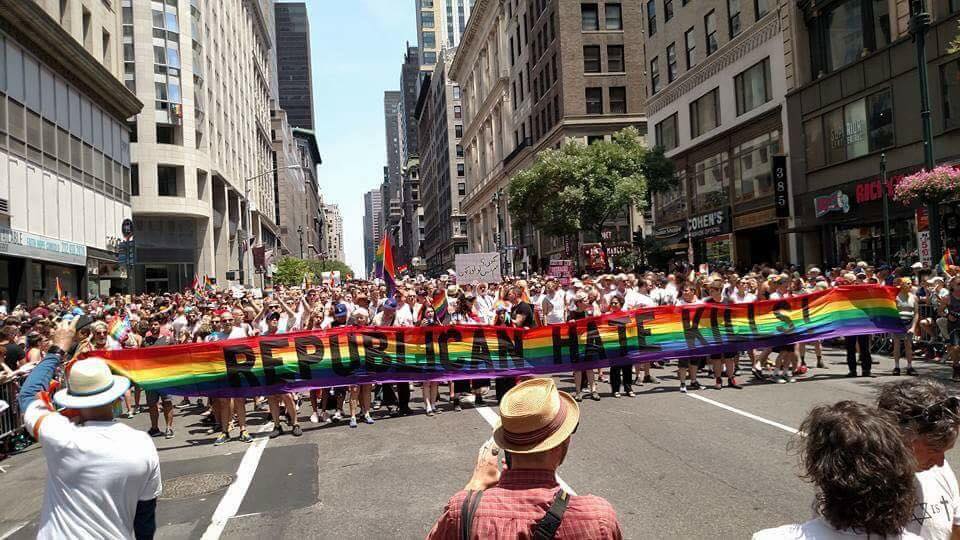