In other words: “I refuse to take responsibility for my own safety and will instead trust the FBI (who vetted Omar Sateen), Homeland Security (who vetted Tashfeen Malik and the the Tsaernov brothers) and local law enforcement (who let Omar Mateen’s killing spree go on for three hours) to protect me.” 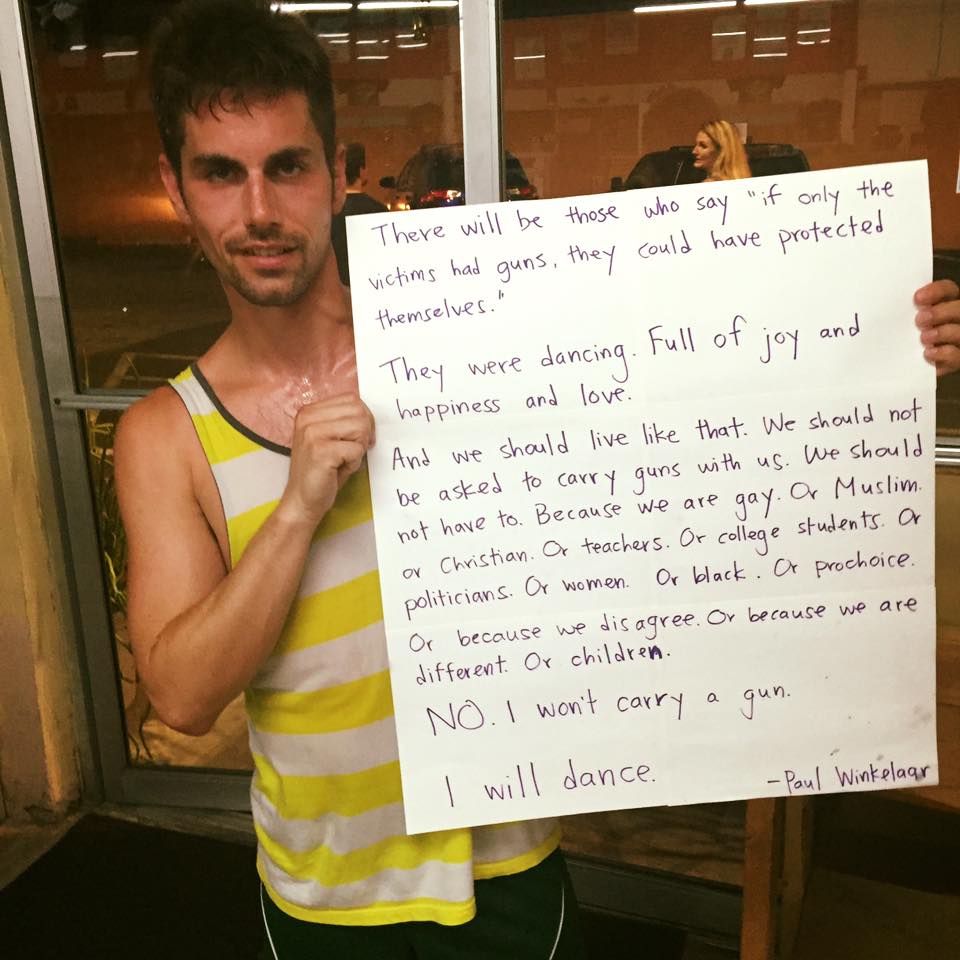 If that’s his attitude, fine, because no one is going to make you carry a gun. We’re not like the left; we don’t force people to do things they find objectionable. As long as he doesn’t want the Government to infringe *my human rights* with regard to self-protection, he can do whatever he wants.

Although someone with a gun is much more likely to protect him than his smug leftist multicultural pieties.

Elsewhere, yet another gay dude fakes a hate crime to raise awareness of how rotten it is to be a gay person.  This happens so often I didn’t feel like it warranted its own post; besides I didn’t want to flood the zone now that Jeff’s back.