Gee, and just who has been on a tirade against “White Privilege” and Racist White Cops?

Update without Bump: Idiotic Lesbian Pundit Sally Kohn:  Don’t Blame #BlackLivesMatter for the Actions of Rogue Violent Elements, But Do Blame All Cops For Racism

Further Update: OMG, even when you don’t like someone, seeing them embarrass themselves like this is painful.

How's about instead of blaming protest movements for violence against police, we blame policing for violence that necessitated protests?!?

#BlackLivesMatter, properly understood, is a racist hate group that has long been a proponent of violence against police (although they claim that the death threats chanted at their rallies are “just a joke.”) 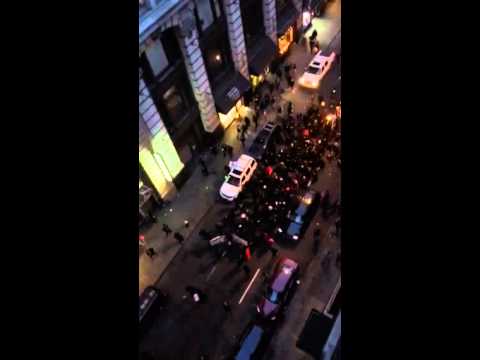 And last night in Dallas, the #BlackLivesMatter movement got exactly what they’ve been instigating for: Five Cops Murdered at what most of the media have taken pains to call a “Peaceful” Black Lives Matter March.

But no one is going to call them out on their violent, racially charged rhetoric. No one is going to call them an extremist hate group. That language is reserved for people who want really dangerous and radical things like reduced Government spending and Constitutional governance. Besides, Democrats are already blaming the NRA. No way are they going to hold part of their own electoral coalition responsible for this. Democrat politicians stoke racial tensions in order to increase the turnout of minority voters as part of a cynical, but highly effective, electoral strategy.

By the way, before the shootings yesterday, President Obama said that cops are racist.

Speaking earlier during a visit to Warsaw, Poland, for a NATO summit, Obama commented on the deaths of Sterling and Castile, saying the police shootings weren’t “isolated incidents.”

“They’re symptomatic of a broader set of racial disparities that exist in our criminal justice system,” he said, calling Americans to work together to solve the issue rather than letting it “degenerate into the usual political scrum.”

Don’t you just love all this Obama Era racial healing?