People of a conservative/libertarian persuasion believe that our current level of Government is overbearing, intrusive, and far too expensive to be sustainable; that it should be reduced in size to a level that doesn’t crush individual freedom or free enterprise, and is fiscally sustainable. (This is what the left calls “radical extremism.)

It’s a common trope on the left to respond to such a suggestion with, “Oh, so you HATE police, and fire protection, and infrastructure! Because those are things that only GOVERNMENT can provide. You must want to DESTROY the Government and live like SOMALIA!” Because to the left’s limited way of thinking, the only alternative to bloated, expensive, corrupt, bureaucratic, all-intrusive Government is the other extreme, anarchy. The idea of a limited Government, doing a limited number of necessary things is something the left is simply unable to conceptualize. 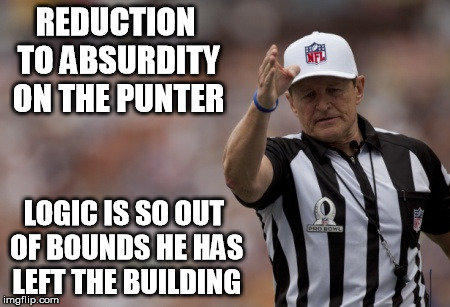 Getting back to Somalia; it actually turns out that Government is *not* necessary to provide basic infrastructure and private enterprise actually does it pretty well, given a chance; even in a dystopian warzone.

The cell phone is itself a key player in the two decades of civil war in Somalia. By 2000 clan militias and warlords had created enough stability to enable growth in commercial activity. For example, by 2004 three cell phone companies competed to provide service ($10 a month for free local calls, 50 cents a minute for international calls and 50 cents an hour to get on the Internet.) Each new cell phone transmitter installed required that the local clan chief or warlord get a payment. Everyone recognizes the value of the new phone service, after having gone without for years after the old government run phone company was looted and destroyed. As a result, phone company equipment really is protected by the clans and warlords, who do not want to lose their dial tone. The new phone service is cheaper and more reliable than the old government owned landline phone network. This is because there is competition, no government bureaucracy and no taxes (other than the necessary bribes and security payments). There is some fear that if a new government gets established well enough regulations and taxes will greatly increase the cost of service, and reduce reliability. Not yet and for years all of Somalia had better, and cheaper, phone service than any of the other nations in the region. But that’s another story. Even al Shabaab had to respect the cell phone network, even though they tried to shut down cell towers some of the time to avoid detection. Al Shabaab lost that battle. Cell phone service became one of the things nearly all Somalis would fight for.