Preezy Obama and a bunch of others spent four and a half hours talking with each other about gun control yesterday and emerged from the talkathon deciding that… they wanted to talk more about gun control.

After a three-hour convening of law enforcement, civil rights leaders, and Black Lives Matter activists that stretched to nearly four-and-a-half hours, President Obama declared the meeting a model of reaching out and finding common ground.

So, the secret to finding common ground is to exclude anyone from a discussion who might disagree with you. [And don’t say, “But law enforcement was present, too.” There are plenty of left-wing law enforcement people who want to outlaw guns.] Certainly sounds like the way Obama operates.

I can barely stand an hour long meeting. The longer a meeting goes, the less is actually accomplished, in my experience. When I end meetings, my closer is usually, “OK, we’re done with that. Let’s get back to work.” But to left-wing bureaucrats and social parasites (activists), yammering at each other is supposed to be “work” I guess. 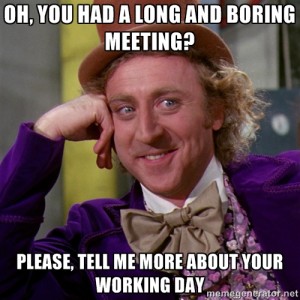