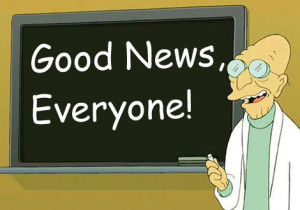 Isn’t this wonderful news? It means the 49 people he murdered weren’t victims of a hate crime.

“While there can be no denying the significant impact on the gay community, the investigation hasn’t revealed that he targeted pulse because it was a gay club,” a U.S. law enforcement official told The Post.

According to the report, federal investigators have combed through Mateen’s computer and other electronic footprints in an effort to determine what motivated the attack. Thus far, the review has revealed nothing to support assertions that the attack was motivated by homophobia or that Mateen was gay.

This means we can downgrade this attack from a horrible hate crime to a mere mass-murder.

I mean, yeah, Omar Mateen may have hated the people he murdered for being part of Western Civilization, but he didn’t hate them for being gay.

We’ll save the “Hate Crime” label for the real monsters: People who don’t want to bake cakes for gay weddings.