American public:  73% think things suck and are going to suck more in the future. 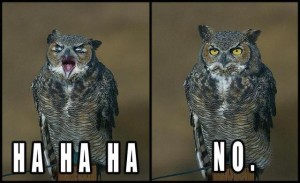