Speaking of the left’s intolerance for dissent, a student at the University of Houston is being sent to Tolerance Camp for the outrageous hate crime of saying “All Lives Matter” on Social Media.

Student body vice president Rohini Sethi has been suspended by the SGA and is temporarily barred from participating in group activities. She is also due to attend a “diversity” workshop per the ruling.

She must also attend three cultural events per month, write a reflection letter, and make a public presentation to a senate meeting on Sept. 28, according to KTRK-TV.

“All Lives Matter” is widely considered a racist statement on the left. 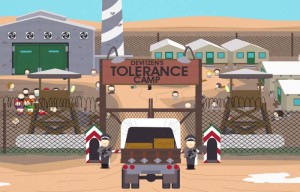