More often than I would like to admit, I see something that I dismiss as silly hype and then later it turns out to be a big deal. e.g. The kerfuffle over Hillary’s stumbling on some stairs and speculation that she may not be firing on all synapses. 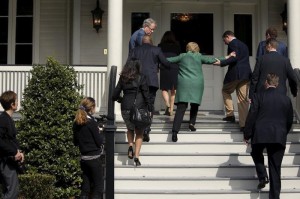 I don’t really know what to make of this, but then again, I’ve chosen to just spectate this horrid election.