A (presumably) feminist woman in Britain whines that men don’t flirt anymore and it gives her sadfeels.

She claims that men have a duty to flirt with women in order to maintain women’s self-esteem and goes on to suggest — of course — that the Government should compel men to flirt with women. “British men need some encouragement, maybe even government intervention,” – because government makes everything better. Well done, progressives, your brainwashing has been a success.

Some sort of winter chill has frosted over British men’s gonads, and it’s leaving us all out in the cold.

“Some sort of winter chill…” could mean, perhaps, that feminists have so politicized male-female interaction that just looking at a woman or talking to one the wrong way can get you charged with “sexual harassment” (remember our crazy friend from the other day?) or even “sexual assault.” Literally anything can be “sexual harassment” if a woman decides that’s what it is.

Even when a man says something as simple as “Have a nice day,” we are able to read between the lines and know his motive, and 9 times out of 10, it’s not about well wishes. It’s the tone, the setting, the look on his face that tells a woman that there’s a sexual power play at work, and she’s losing.

When someone (usually a man) defends certain behaviors as “innocent” it shows a lack of understanding of the deeply ingrained, totally imbalanced gender dynamics that exist on a city street, and between men and women on a more general social level since time began.

Gay dudes, it is a real blessing to be able to opt out of the gender wars.

Happy Chick Equality Day, or Whatever. 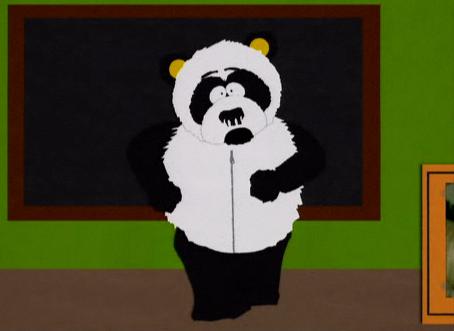