The LGBT Left is trying to bully JK Rowling into making another character gay because Dumbledore wasn’t enough (it’s never enough with the social justice mob, Harry and Ron could become transvestite hairdressers and it wouldn’t be enough).

The LGBTQ department of the Cult of Social Justice is going after author JK Rowling – who (among other things) has been an outspoken advocate for LGBTQ rights – because she won’t “confirm” that Harry Potter’s godfather, Sirius Black, is gay (which he’s not and never has been). And she’s not budging, no matter how much the smutty fan fiction writers beg her to –

The idea of an author having control over her work is alien to the left. All things are common property of the mob, and if the mob dictates that Sirius Black shall be gay and Captain America shall have a boyfriend, and Captain Kirk shall be transgendered, and Jay Gatsby shall be a Black Muslim Lesbian, then all this shall be done.

Again, rather than create their own characters, their own heroes, the social left cannot think beyond hijacking someone else’s creation and forcing it onto their own version of Procrustes Iron Bed.  Likewise, they couldn’t build their own scouting organization, so they bullied the Boy Scouts of America into becoming a Social Justice outfit.

One wonders if a time will come when not making a character gay or whatever because the mob demands it will become a hate crime. 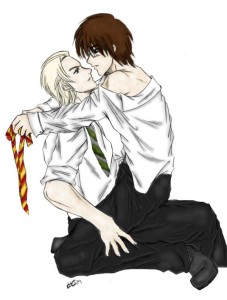