Jihadists are setting off bombs in American cities and shooting up gay discos and Christmas parties. The Obama Adminisitration describes this as “a narrative fight, a narratives battle.” 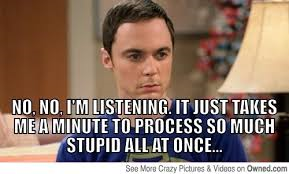 He did not explain how a narrative battle with Islamic terrorists is distinct from a rap battle or whether it was more or less dangerous than getting served in a dance contest.

A “battle of narratives?” Seriously? Is the Obama Regime going to begin recruiting novelists to fight back against ISIS with unexpected plot twists and a surprising backstory?

Our country is being led by people convinced that the rejection of reality is the highest form of intellect; “Intellectuals Yet Idiots,” indeed.