When Mohammedan Democrat Omar Marteen committed mass murder at a gay disco in Orlando, Florida, the Obama Administration professed to have no clue about his motives. The media were fed a line that he literally had nothing to do with ISIS, and only declared himself a jihadist when he was on the phone to police. He had no prior links to ISIS, and they even floated the idea that he was an oppressed gay man who for some reason decided to shoot up a gay disco for reasons having nothing to do with Islam or terror.

And those who have believed every other lie the Obama Administration and its media surrogates have told them embraced this lie too. 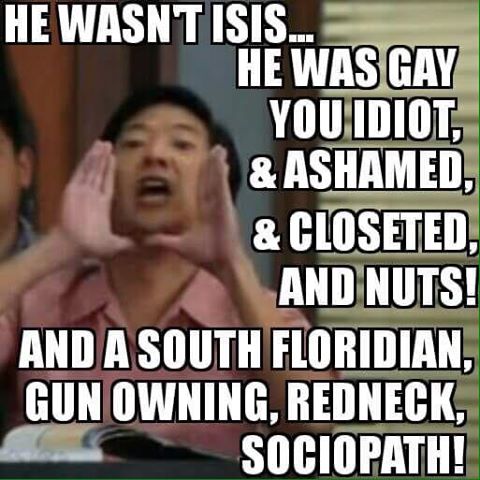 Months after the fact, it comes out, in the form of one those Friday night document drops the regime uses when they wasnt to bury a story, that Omar Mateen had been heavily invested in ISIS propaganda for a long time.

The bulk of the evidence supporting the conclusion that Mateen was motivated by his support for ISIS wasn’t revealed until last week when Orlando authorities finally made Mateen’s phone conversations with police public in transcript form. From the Wall Street Journal:

Yo, the airstrike that killed Abu Wahid a few weeks ago—That’s what triggered it, okay?” he told the police negotiator, an apparent reference in the transcript to the Islamic State commander.

Abu Wahib, whose real name is Shaker Wahib al-Fahdawi, was known as one of the group’s more Internet-savvy leaders, often appearing in propaganda videos.

Only an “avid consumer” of Islamic State propaganda would know when Abu Wahib was killed, said Seamus Hughes, the deputy director of George Washington University’s Program on Extremism.

“This isn’t somebody who decided that night he was going to wrap his personal grievances around ISIS,” Mr. Hughes said.

Obama and the Democrat-Media Complex put out what they wanted to be true (“Nothing to do with Islam or terror, it was all about teh gunnz”) and the people who wanted to believe the Narrative — though it defied all reason and common sense — lapped it up.