George W. Bush proposed building a base on the moon. Obama cancelled it … to deny Bush a legacy achievement

Chiao suggested the decision to remove the Moon as a possible destination was driven by politics, rather than what might be best for the US space enterprise. “Frankly, it came down to us on the committee to not talk too much about the Moon, because there was no way this administration was going to go there, because it was W’s program,” he said. “Ok, that’s a pretty stupid reason not to go to the Moon. I’m hopeful with this election cycle that maybe the moon will be a possibility again.”

This is why we can’t have nice things… like moonbases. 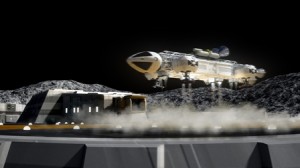