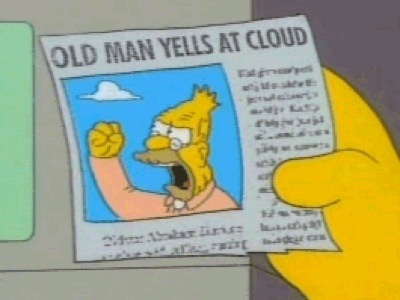 Human Sewer Trout Harry Reid is spitting mad at FBI Director Jim Comey for having the unbridled gall to even attempt to hold Hillary Clinton accountable to the law. (Link goes to Trumpbart; I hope you have Ad Blocker)

“Your actions in recent months have demonstrated a disturbing double standard for the treatment of sensitive information, with what appears to be a clear intent to aid one political party over another,” Nevada Sen. Harry Reid said in a public letter to the FBI director, released Sunday, Oct. 30.

“I am writing to inform you that my office has determined that these actions may violate the Hatch Act, which bars FBI officials from using their official authority to influence an election. Through your partisan actions, you may have broken the law,”

Said the guy who stood on the floor of the United States Senate and lied that Mitt Romney didn’t pay taxes; a lie he later justified by saying it was necessary to win the election.

Harry Reid is probably sticking up for Hillary because they share the same religion: The religion of extremely corrupt and crooked Democrats using the political system primarily for personal self-enrichment.

If you remember the original Comey press conference where he announced the FBI would not seek an indictment; after listing all of Hillary’s crimes, he warned that other Americans shouldn’t think that they could get away with doing what Hillary had done, because the FBI would come after them with the full force of the law. IOW, one set of standards for Hillary and her crooked crew, and a different set of standards for the rest of us.  That’s exactly the kind of stuff that infuriates Trump supporters and anyone else with a modicum of decency and belief in the rule of law.

Also, Bill Kristol still hates Donald Trump and would rather see the old, corrupt, crooked, pathological liar, hardcore Alinskyite Hillary Clinton be elected president… because Trump represents the triumph of nationalism and populism (i.e. the insane belief that politicians should enact the people’s will) over the rule of enlightened elite globalists.

American conservatism is also a conservatism that, while rejecting the intolerance of the present, disdains the bigotry of the past; that, while respecting the public, insists that vox populi is not vox dei; that, while pledging allegiance to the American nation, also does so to principles of liberty and justice for all; that, while cherishing our freedom as Americans, hopes that one day all men will be free.

So to Pat Buchanan, we say the “niceties” of liberal democracy are preferable to the uglinesses of illiberal democracy. And to Donald Trump, we say, nicely: #NeverTrump.

Not sure how electing crooked, lying, hardcore Alinskyite accomplishes that, but OK, Bill. Whatever.

Also, Wikileaks has revealed that Hillary hates Doctor Who.  I mean, yeah, the quality has diminished since David Moffat took over from Russ Davies, but Blink, Human Nature, and Silence in the Library… the very existence of River Song and Rory Williams as characters.

Yeah, Hillary’s a nasty woman. And she has no taste.

Or maybe a tired old woman like Hillary just knows how dangerous The Doctor can be.