The President of the Teacher’s Union pretty much just called Donald Trump a Nazi.

“After what happened in the 1930s and ’40s, we used to have a saying called ‘never again.’ Never again have some kind of Holocaust, never again. Frankly … that has to mean not never again not just for Jews, but never again for Muslims, never again for our Latino friends and neighbors, never again for our other vulnerable populations, including what are still an LGBTQ population. So when we think about what we’re walking into … Donald Trump is masterful at disruption and division. Disruption and division create discrimination and when we don’t stay together as a collective, as a coalition, then we are open to that kind of discrimination.” – Randi Weingarten, president of American Federation of Teachers. 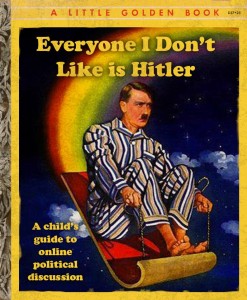