Canada’s hipster PM released a fawning tribute to Communist Tyrant Fidel Castro on the occasion of his death, inspiring others to contemplate how Justin Trudeau might eulogize other notorious figures, both nonfictional and made-up.

I think if you click on the picture it gets big and you can read them. 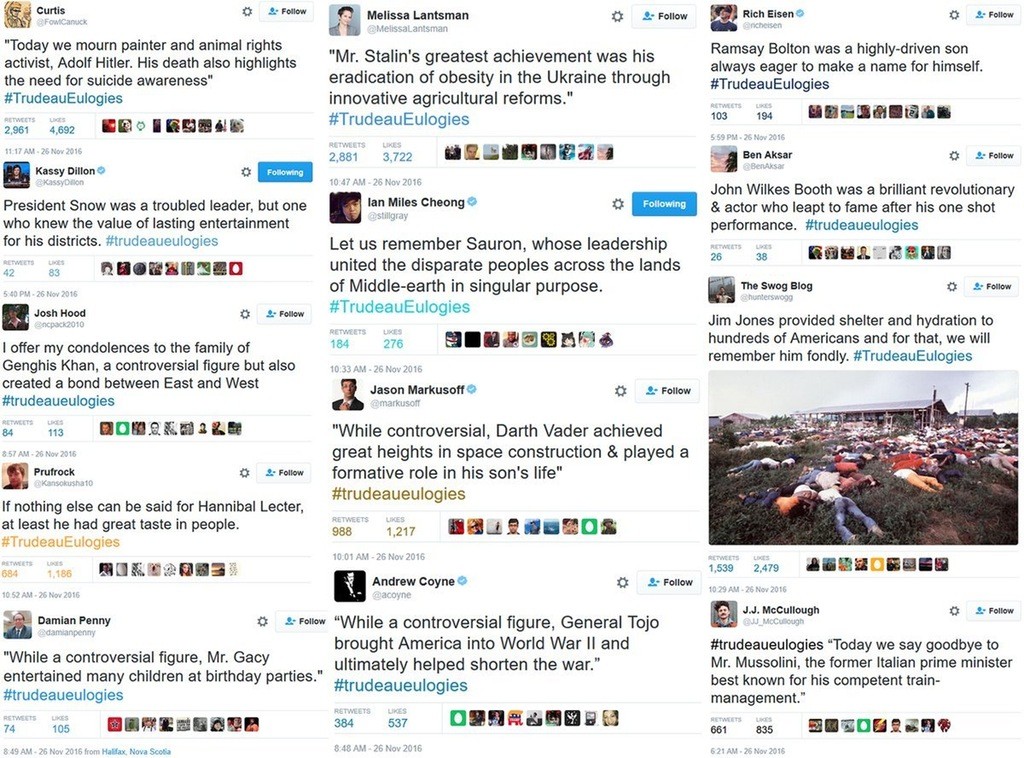 And one more thing…

Whether or not Trudeau saw any of this coming, he didn’t appear to notice that he was delivering a speech to the Francophonie delegates in Madagascar that emphasized justice for lesbian, gay and transgender people, while from the other side of his mouth he was praising the legacy of a caudillo who spent the first decade of his rule rounding up gay people for “re-education” in labour camps. Homosexuals were irredeemably bourgeois “maricones” and agents of imperialism, Castro once explained.