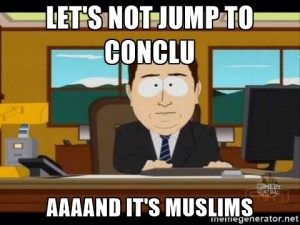 The Left is… once again… disappointed that a terror attack was not committed by a white, Christian, Trump-voting NRA member. Therefore, the attack in Columbus OH today can be officially downgraded from a “horrific terror attack,” to a mere “random act of violence by a lone wolf who’s motivation may never be known.”

The left was briefly excited because early reports indicated it was a mass shooting. But, alas, they were let down again as the Mohammedan immigrant refugee only used a car and a butcher knife in his attempt to murder multiple people.