With caveats: Eastern Oregon and Washington are pretty conservative, so leave them out of this progressive utopia.  Also, “Pacifica” would have to retain its share of the National Debt. Also, I think “Californezuela” would be a better, more descriptive name for the place. And there would have to be a wall. Other than that, and a few other things, I’m in.

This place would not only rid America of the kind of people who think Barbara Boxer is an awesome senator, but it would also be a magnet for progressive leftists and welfare ticks. (I assume Californezuela’s “PROGRESSIVE 21st Century Law” would include generous, Scandinavian-style welfare programs available to all migrants immediately upon arrival.)

I am amused that they brag about “vast natural resources” that their progressive environmental leftists won’t let them touch. 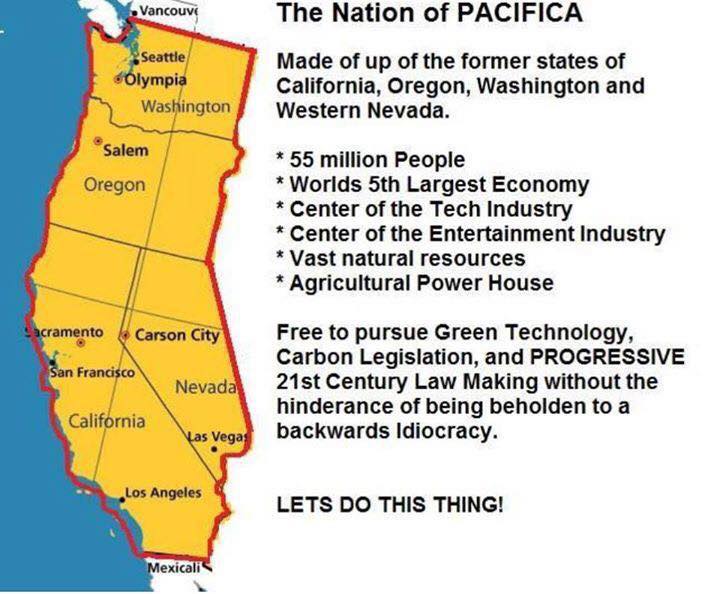