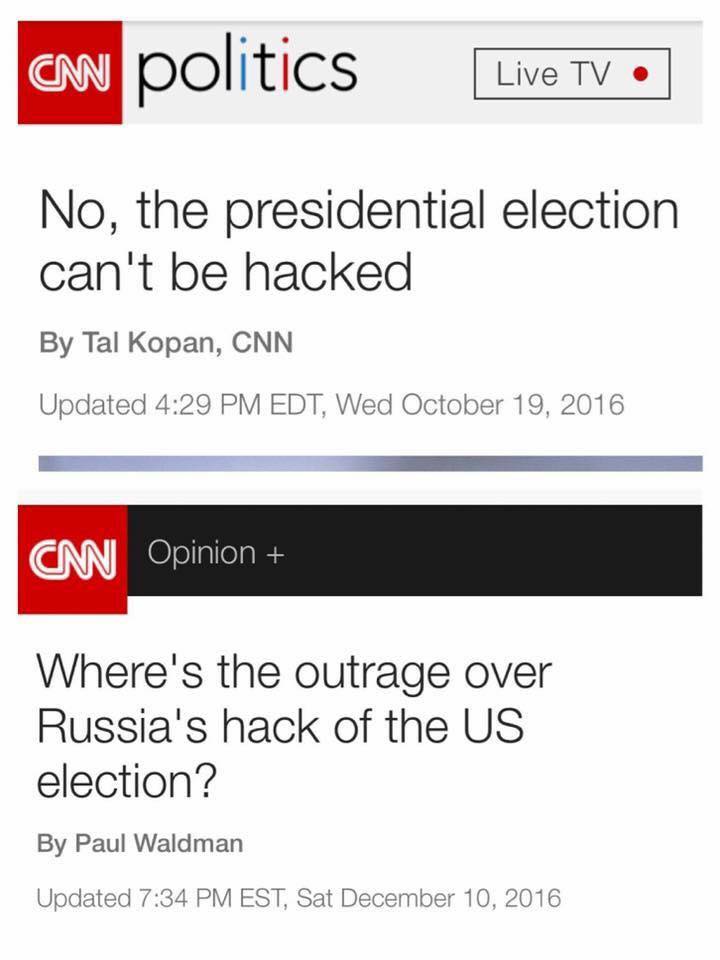 As I understand it, the current substance of the Conspiracy Theory is that the Russian Government (with the possible collusion of the Trump campaign) hacked the DNC emails and released them through Wikileaks so that Trump would be elected instead of Hillary. Wikileaks denies that Russia was involved with the hack. And no one is disputing the veracity of the released emails. And there’s no evidence whatsoever that Donald Trump colluded with the Russian Government. Also, no evidence has been shown to indicate Russian involvement; just allegations from anonymous sources. And it’s hard to see what the Russians stood to gain from this given how useful the Obama-Clinton administration has been to their strategic interests.

But you knew all that already, but did you know the FBI tried to warn the Hillary campaign about hacking attempts and the campaign blew them off?

And are the Russians responsible for the astounding arrogance and incompetence of Hillary’s campaign staff; who dumped millions of dollars into places where she was already going to win while neglecting the upper Midwestern states that gave Trump his margin of victory? (And provided a great grifting opportunity for Jill Stein later on.)

But there also were millions approved for transfer from Clinton’s campaign for use by the DNC — which, under a plan devised by Brazile to drum up urban turnout out of fear that Trump would win the popular vote while losing the electoral vote, got dumped into Chicago and New Orleans, far from anywhere that would have made a difference in the election.

I guess embracing an inane Conspiracy Theory makes it easier for Democrats to continue to live in denial that their campaign (which spent far more than Trump’s) was poorly managed; their candidate was dishonest, corrupt, and out of touch; and their message lacked appeal outside of large coastal urban centers.