According to the anonymous sources inside the anonymous US intelligence agency, Putin’s objectives were multifaceted, but the whole thing began as a “vendetta” against Hillary Clinton because she said some mean things about him a few times. Putin is also an “immature 12 year-old child,” a former US official with links to the defense industry, who spoke on condition of anonymity, confirmed (with high confidence).

The high level, anonymous and completely trustworthy sources also told a major US news agency that Putin himself had piloted a specially-designed Russian spy plane across the Atlantic to personally direct the still-ongoing hacking operations from the air.

Satellite images seen by a separate anonymous NASA whistleblower are believed to show Putin in the cockpit of the spy plane alongside his co-pilot Boris, a lifelike robotic bear which has been under secret development in the depths of Siberia and has been programmed to attack Putin’s enemies on command using a variety of lethal methods.

The NASA whistleblower did not provide journalists with photographic evidence, but the editors had a chat about it in their morning meeting and concluded that it’s probably still true.

Remember when Rachel Maddow was filled with confidence that Hillary couldn’t possible lose? 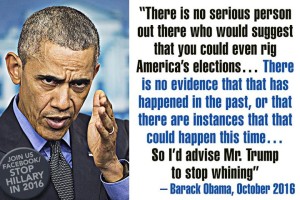