I just don’t feeel like doing another post on the Democrats’ “The KGB and The FBI conspired to throw the election to Trump by revealing how corrupt and incompetent the Democrat Party is” conspiracy theory. This analysis suggests the White House case for the Conspiracy is… um, the opposite of strong.

Also, just throwing a couple of quotes out there:

This pretty much sums up Obama’s sanctions.

These sanctions are just like everything else Obama has done. They are puny, they are ineffectual, they are self-serving, and they are designed to demonize domestic opponents. If nothing else, the man is consistent.

Even the New York Times admits that Putin is playing a smarter game than Obama.

Mr. Putin has a flair for smart, unexpected tactics, and his announcement on Friday appeared to be in keeping with that. To some observers, the sudden shift seemed carefully stage-managed, a way of building up suspense before Mr. Putin’s surprise announcement, helping portray him as a wise leader above the fray.

The ironic part is, if the Democrats’ kooky conspiracy theory were true, it would mean Vladimir Putin saved the United States from socialism. Wouldn’t that be a twist?

Almost as twisty as the Democrats… after smearing Trump supporters for months as “xenophobes”… are now the party of anti-Russian hate and fear-mongering.

It’s probably for the better that a group of people sent into derangement from the loss of one election won’t be running the country for a while. 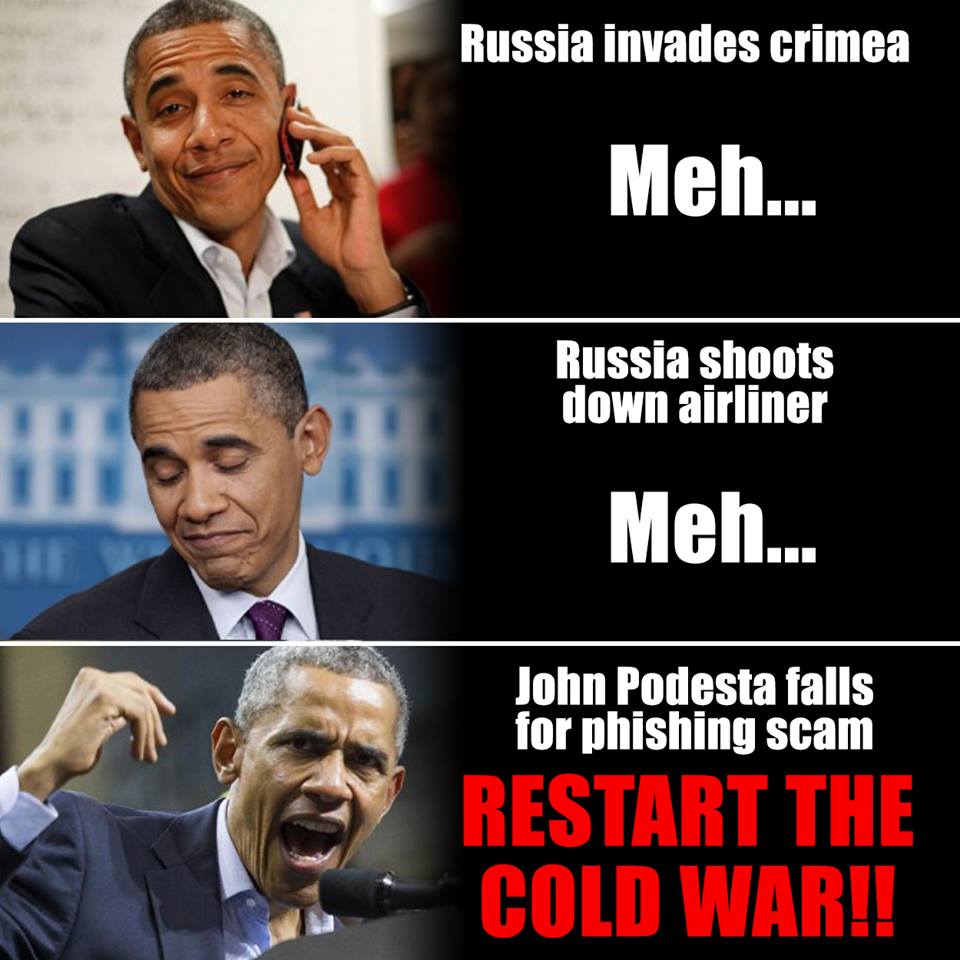