Every Democrat on the Judiciary Committee knows that Jeff Sessions is not a racist. This obscene Grandstanding is theater for their racially obsessed base. There’s no principle involved here. They don’t care how much damage it does to the country because they think it helps their party.

The entire basis for the accusation that Jeff Sessions is a racist… (and the reason his hearing was interrupted by deranged Code Pink harridans dressed in KKK drag)… comes from accusations made by a delusional, paranoid lunatic who thought he was getting secret messages from his TV.

And on that alone, the reputation of an honorable man was smeared because Democrats are nasty people, devoid of honor and decency. 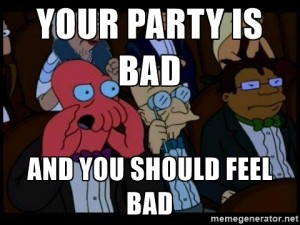