Feminists can’t figure out why so few men want to participate in the ‘Women’s March on Washington.’ It is indeed baffling. Third-wave radical feminists are usually so welcoming toward the presence of men What could possibly make men feel like they are unwelcome at this event?

And maybe real men don’t want to end up like this sad little beta-male.

Gerald Dudley, 33, is attending a solidarity march in Austin, where he works for a company that hosts pub quizzes. He said he wants to be much more outspoken in his support for women’s rights. “It’s not enough to say, ‘I’m not a misogynist,’ ” he said. “This year I am trying to put my money where my mouth is.”

To him, that means donating to feminist causes, seeking out more women’s perspectives in his reading, and calling out sexism when he encounters it. “When I hear a joke where the butt of the joke is a woman . . . Maybe I could say, ‘I don’t get it: Why is that funny?’ ”

Yeah, because everybody wants to be the guy who says, “That’s not funny,” and delivers a lecture after a politically incorrect joke. 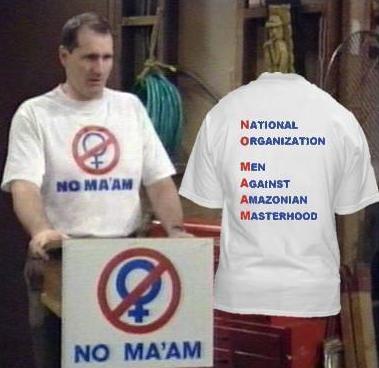