It would not be fair to judge the left on the violence and property destruction carried out by unhappy anti-Trump protesters. After all, didn’t Anti-Obama conservatives smash windows, assault Obama supporters, and set fires after Obama won the election? 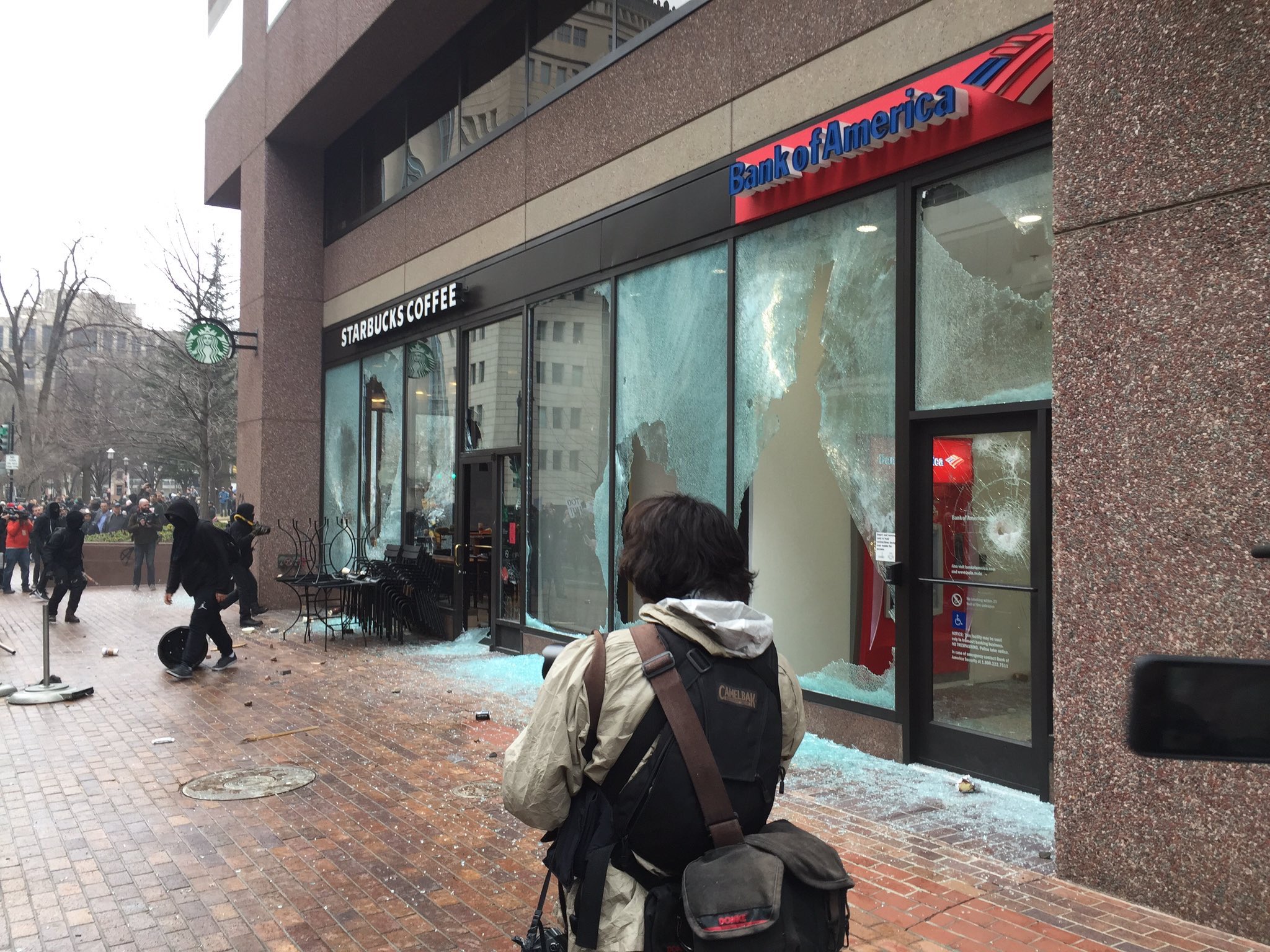 Oh, wait, we didn’t do any of those things, did we?

These people call themselves Anarchists, and yet they are committing violence because they want more socialism, socialism being a maximized amount of Government control. Do they see the irony? Or are they just violent and stupid and have latched onto the progressive left because that side of the political spectrum is more accepting of hate and violence?

And I’m sure some lefties are saying (nasal, high-pitched, know-it-all liberal voice), “Oh, I think violence is wrong no matter which side does it.” Yeah, nice virtue signaling, but you’re just evading the reality that most of the time… an overwhelming amount of the time… it’s *your side* that’s doing it. Mainly because, your side tells people that temper tantrums and hatred are okay if they are directed against Republicans, conservatives, rich people, Christians or whoever it is you hate this week, which may be totally different from who you hate next week. e.g. Russians.