Those of us who’ve always thought gay hyper-partisan Democrat operative David Brock was a psychotic weirdo probably aren’t too far off the mark.

“I met with [David Brcok] a couple times—he’s [effing] weird,” a former Obama administration official, who also requested anonymity, told The Daily Beast. “I felt like I was meeting Mugatu from Zoolander… I don’t know what the fuck [Brock’s network] did besides raise a ton of money, and I don’t think the after-action report on 2016 says we need more David Brock. Probably the opposite is true.” 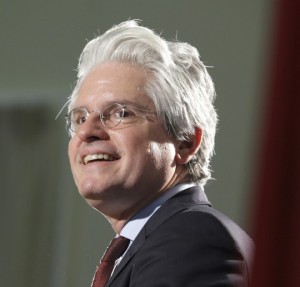