Technically there are three — masculine, feminine, and neuter — in languages that have gendered nouns like French, Spanish, and German. (At least until Throbert shows up and corrects me.) There are two biological sexes — male and female. Everything else is delusional.

During the course of the 42-second video, Denham is able to get out at least twelve f-bombs, and seems to commit at least three physical assaults. 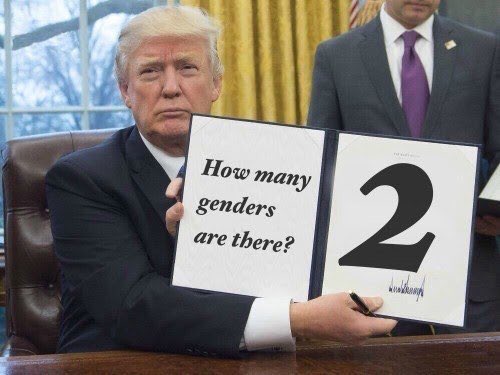