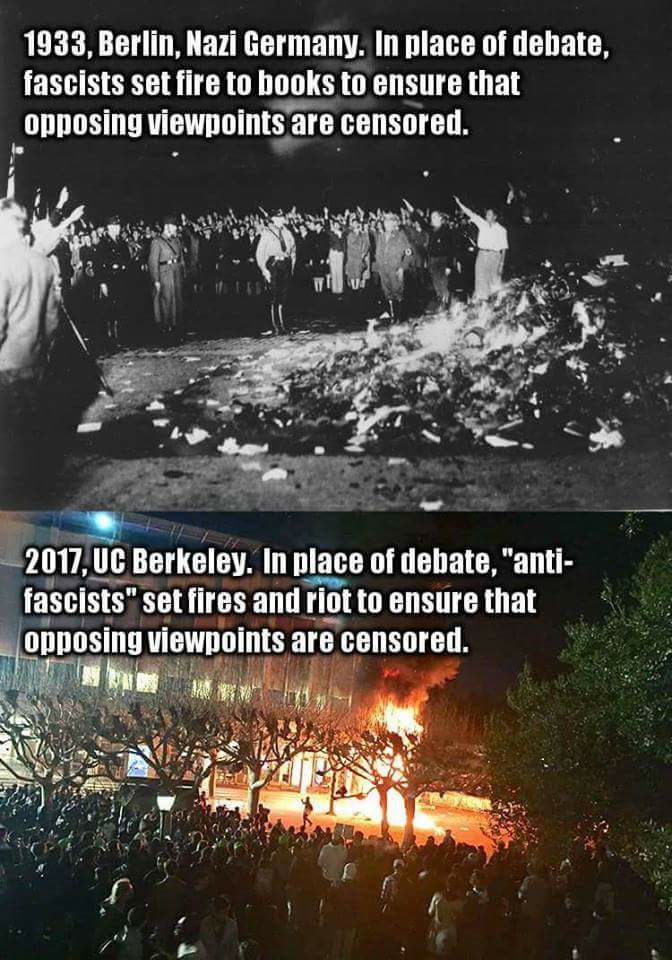 Among the leftists that haven’t explicitly endorsed last night’s violence in Berkeley (see previous thread) the standard line is: “Well, of course I don’t approve of violence but I do support canceling the event because Milo is a Nazi.”

I would vehemently argue that denying a person’s right to speak is every bit as wrong as smashing windows and setting fires to prevent that person from speaking. And I should not have to explain why.

Furthermore, what the left is doing is tacitly admitting “We can’t win a debate based on our arguments.” They are admitting that they are intellectually bankrupt and have no alternative other than to shut down opposition points of view.

BTW, they pulled this same crap at NYU last night.