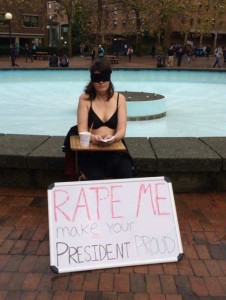 Yeah, I really need to see the part where Donald Trump said, “I would be really proud if my supporters would rape bitter, unattractive white women.”

And a Democrat Media Operative writing for Jeff Bezos’s Washington Post is offering her internal organs to Supreme Court Justice Ruth Bader Ginsburg; so that Ms Ginsburg can continue her support for using abortion to rid the country of “populations we don’t want too many of.” (Pssst… she means “blacks.”)