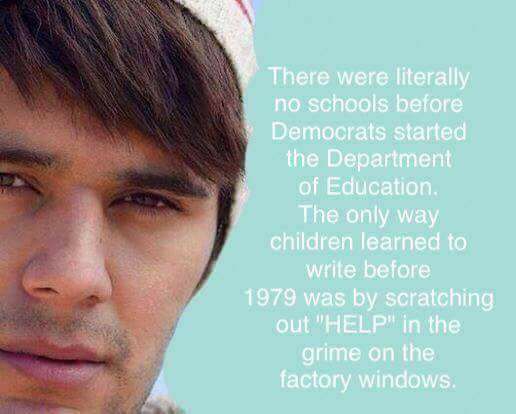 I am very disappointed that Betsy DeVos was confirmed as Secretary of Education. I would have preferred the Department be disbanded, or reorganized as a small ‘Think Tank’ operation with only an advisory (not regulatory) role on education.

The existence of the Department of Education at the Federal Level is just typical political class arrogance. They honestly believe that without the “firm hand of national Government” squeezing them by the throats, that states and cities are incapable of educating their children.

Still, it was amusing that the person Obama picked to head the Education Bureaucracy was the same guy who ran the public school system that wasn’t good enough for Sasha and Malia.