As FLOTUS and in-between her lavish taxpayer-funded vacations, Michelle Obama’s pet project was to coerce Americans to be thin and hungry.  Venezuela nailed it.

In a new sign that Venezuela’s financial crisis is morphing dangerously into a humanitarian one, a new nationwide survey shows that in the past year nearly 75 percent of the population lost an average of 19 pounds for lack of food.

The extreme poor said they dropped even more weight than that.

The 2016 Living Conditions Survey (Encovi, for its name in Spanish), conducted among 6,500 families, also found that as many as 32.5 percent eat only once or twice a day — the figure was 11.3 just a year ago.

In all, 82 percent of the nation’s households live in poverty, the study found.

Leftists like to pretend that Venezuela isn’t “real socialism,” even though the state centrally plans economic activity, controls the means of production, sets nationwide wages for workers and prices for consumer goods, controls all media, aggressively redistributes wealth, and offers single payer health care and free college education. Up until a couple of years ago, this was enough for Venezuela to qualify as a socialist triumph. 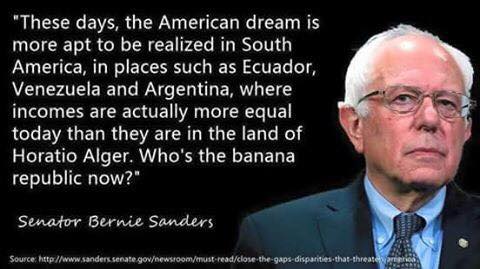