$1.5 Billion Dollars that could have fed hungry children or paid for scholarships for underprivileged teens will be spent to build a massive monument to America’s 44th president. However, God-Emperor Obama complains that the designs he has seen don’t nearly do justice to his awesomeness:

“He said it was too unflashy,” ArchDaily quoted Tsien as saying. “He looked at what we did and he said, ‘I said you could be sort of quiet, but I think you’re a little too quiet.'”

I’m think what Obama had in mind was something on the scale of the Burj Khalifa. Except that it should hover.

That he is building this temple in a city that is not just riddled with violent crime, but also $24 Billion in debt is either too awesome or too tragic, depending on how much you worship the guy.

This entire tradition of American Presidents erecting multi-million dollar palaces to their “legacy” is gross and unbecoming of a Republic. It’s more suited to an Empire; and a decadent empire at that.

It would be impressive if a modern president said, “No, I don’t want a library. Build a park for kids to play in. Build a hospital to take care of the veterans who fought my wars. Create a scholarship so that their kids have a chance at achieving their dreams.”

I can only assume that such a level of humility and perspective would preclude someone from serving in politics. Thus, we are doomed to be the subjects of megalomaniacs and blowhards. 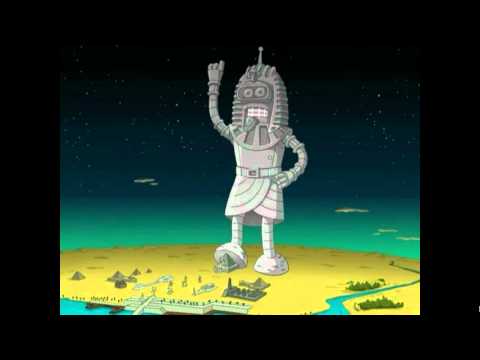