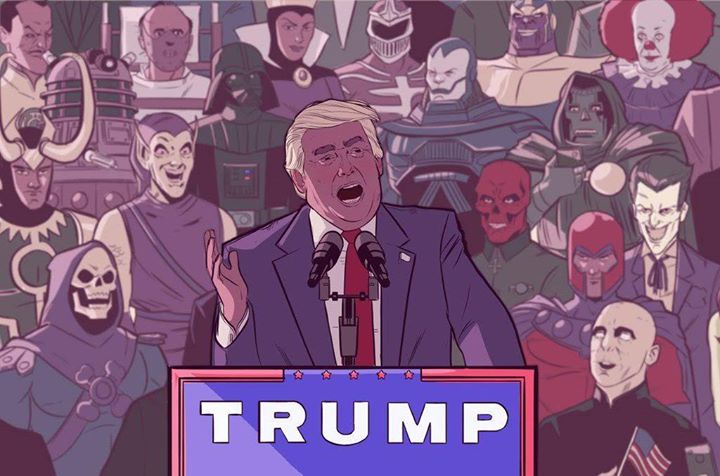 I recognize Nancy Pelosi, lower left (still wearing her hijab from her meeting with President Assad). I don’t know how Evan McMullin snuck in, but there he is on the lower right. Next row, beginning from left, I’m pretty sure that’s Senator Cory Booker wearing the horns he borrowed from T-Bone, and then the grinning face of Senator Liz Warren. That’s got to be Chuck Schumer off his left shoulder, I’d know that face anywhere. Next to him, DC Delegate Eleanor Holmes-Norton in the red safety helmet she is now required to wear at all time. On her left, in the string tie, Senator John McCain.

In the next row (starting from left) we have a representative from Planned Parenthood, Special Guest Vladimir Putin, Congressman Elijah Cummings, and Senator Dick Durbin checking his phone for orders from George Soros.