Yesterday’s derangement was a storm of fury because Kellyanne Conway sat on a couch with her feet tucked under her. (That was a major news story, I am not making this up.) Last night’s vapid gesture was wearing white to protest how women’s rights are being turned back or something.

Where’s ‘Serial Mom’ when you  really need her. 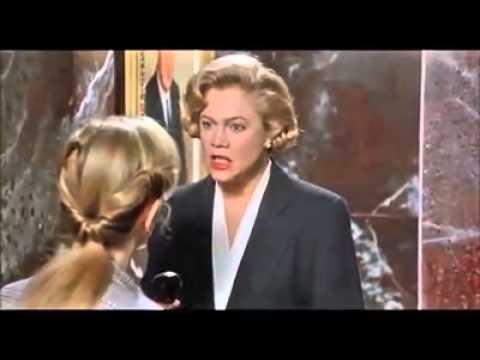 Next week’s vapid gesture and derangement combo (extra large) is the ‘Day Without A Woman’ protest, when the ladies are supposed to skip work and wear red. These feminists are angry primarily because the Rapist’s Enabling Wife isn’t in the White House.

Trump’s speech last night was generally well-received. He put forth some proposals (infrastructure spending and paid family leave) that Democrats would actually get behind were they not in thrall to their deranged, stupid, and violent ‘Antifa’ base.