A feminist bookstore in Cleveland is acknowledging “Womny’s Herstory Month” by turning all books by male authors backwards, because burning them in a huge fire outside would have been too on-the-nose.

Harriett Logan, the bookstore’s founder and owner, told Heat Street. “So we are in essence not just highlighting the disparity but bringing more focus to the women’s books now, because they’re the only ones legible on the shelf.” 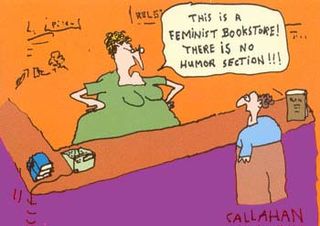