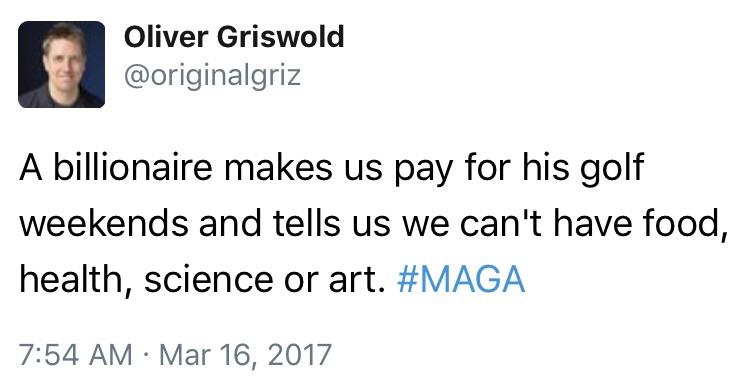 Do leftists really believe that without an Army of overpaid bureaucrats in Washington, “We the people” would starve, suffer, and die for lack of food, health care, science, or art? We are utterly incapable of providing those things in the absence of a gigangtic, bloated, and (ultimately) unsustainable Government?

$40 Billion in cuts on a $3,400 Billion budget is nothing. Yet, people are screaming about it.

Not to mention, the Republicans have abandoned “Repeal and Replace” Obamacare and are now going for “Rename and Revise.”

It’s over. Nice to have known America while it lasted.