The Obama Administration shill who went on five Sunday chat shows to claim the Benghazi Terror Attack was caused by a YouTube video pens an editorial declaring it’s dangerous for a presidential administration to lie to the public. I am not making this up. 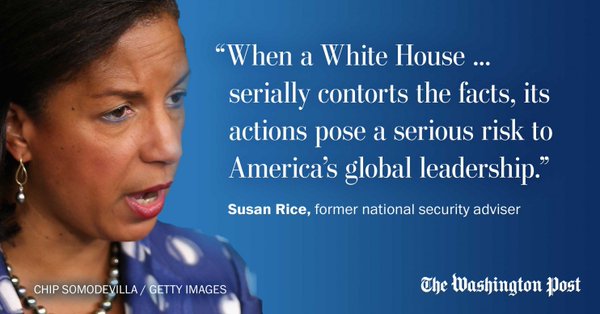