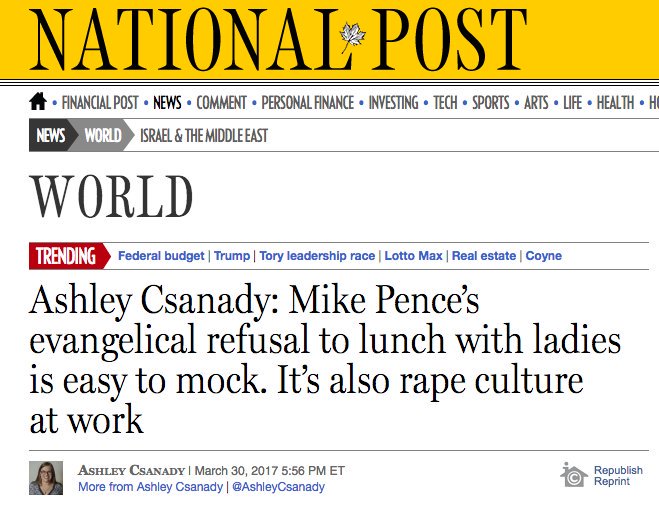 At its core, Pence’s self-imposed ban is rape culture.

The explicit reasons for Pence’s restriction are religion and family, but the implicit reason is that he must avoid alone-time with women lest his stringent religious moral code fall apart in the presence of a little lipstick and décolletage. That is rape culture.

So, while Pence’s marriage is none of our business, his attitudes towards women are. And if, in 2017, he believes they remain such fallen, lascivious things that he can’t possible be in a room alone with them, it says less about his faith and more the fact he sees women as lesser beings.

Update: This same operative had a rather different take on Bill Clinton’s serial infidelities and sexual assaults.

A more saneful take is from Jonah Goldberg: The Left: “Let’s Not Be Judgmental About Adultery But, Yeah, Let’s Totally Attack Christians for Avoiding Adultery.”