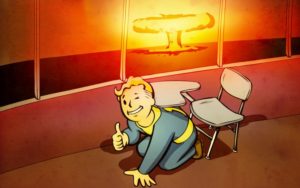 Some fret that the Republicans are giving up their own ability to filibuster the future SCOTUS picks of a Democrat President. Like that would ever happen. Even when Democrats have nominated hard-left radicals like Ruth Bader Ginsburg or addlepated lackwits like Sonia Sotomayor, they have sailed through the Senate with Republican support.

Democrats, on the other hand, might… might… have lost the leverage they would have had should the very, very elderly RBG or Stephen Breyer leave the court while PDT is still president. Had they kept their powder dry, they might have been able to persuade Republicans to replace those leftist hardliners with moderate wing votes. (They may yet, Republicans are notorious … um… things that might be grabbed by Donald Trump.)  There’s no reason for Republicans not to insist on Originalists now.

BTW: It should be stunning that the former Attorney General of the State of California is arguing that feeeeeeeelings should be more important to judges than the letter of the law. (The essence of Origianlism.) But, sadly, in this day and age, that’s what the Democratic Progressive Left believes.

Imagine how chaotic society would be if all law were subjugated to feeeeeeeeeeelings. “I know this contract says I’m supposed to pay my mortgage every month, but doing so would cause me undue psychic trauma.”