At least United Airlines Terrible, No Good, Very Bad Customer Service has produced some hilarious memes. I am kind of eager to see how the tactic of bringing up the victim’s past bad behavior (swapping prescription drugs for gay sex) works as a PR strategy. 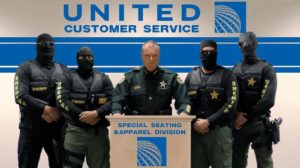