I look at this statue that all the idiot liberals just gush over, and all I can think of is “Stupid little girl about to get trampled to death.”

Maybe it’s because I grew up on a farm, and not in the sophisticated environs of New Yawk Citteh. 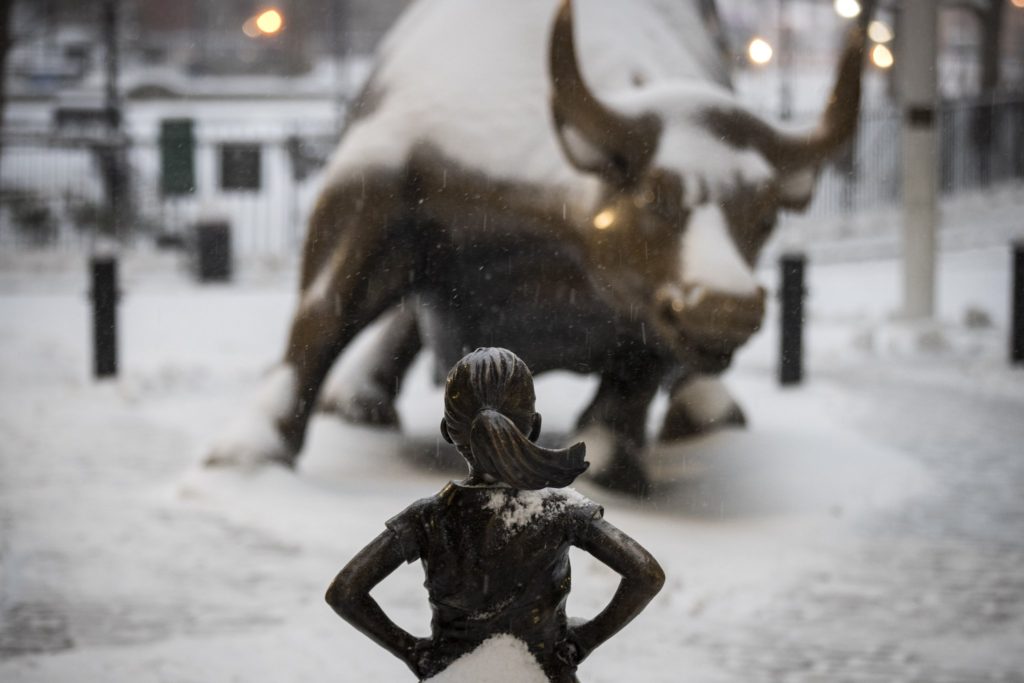 On a related note, Democrat Governor of West Virginia was angry that the legislature’s budget didn’t include the spending increases, Medicare expansion, or tax increases he demanded. (Because, you know, a state hit hard by Obama’s War on Coal can so totally afford more taxes and Government.) So, he demonstrated his displeasure by revealing a plate of cow manure at his veto ceremony.  Which is the level of discourse we have come to expect from the Democrat Left.

I guess the Governor… a crony billionaire with an inherited fortune … doesn’t really get why the economically distressed people of his state can’t pony up more to suit his political ambitions.