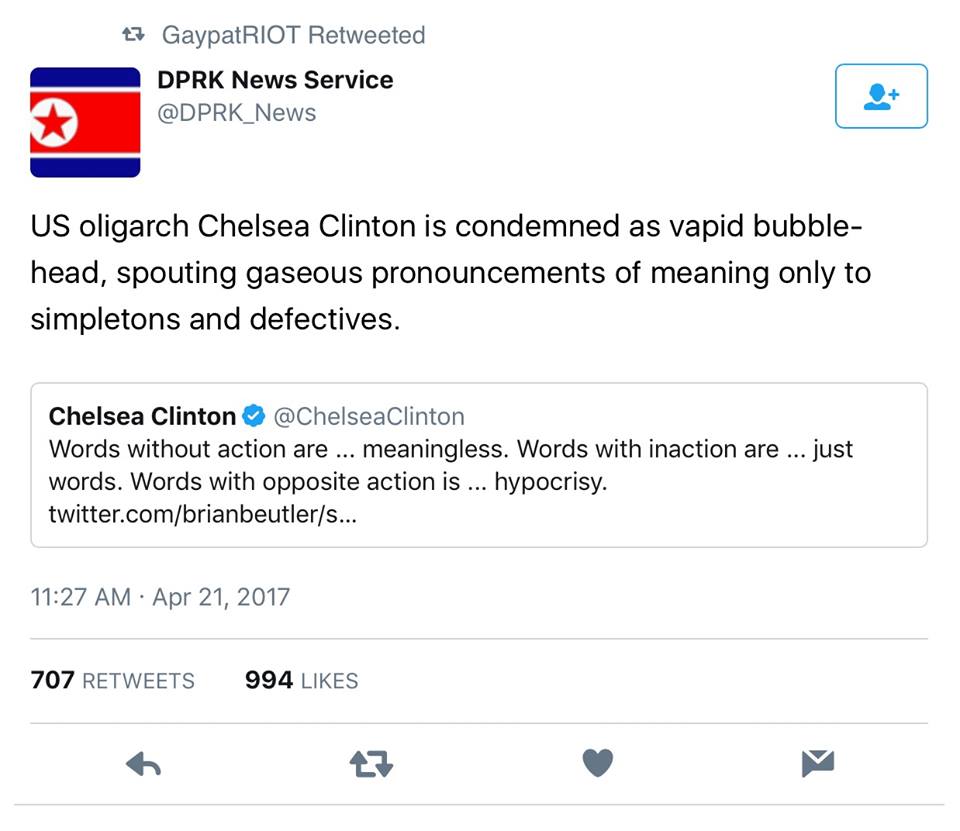 Sentences… with… ellipses… are… really… annoying… and… fey.

For those who don’t know, DPRK is a parody account. Chelsea Clinton’s tweet is real, though, AFAIK.

Honest Question: Is Chelsea Clinton genuinely this vapid, or is this the level she has to talk at to communicate with her Democrat voting base? (i.e. single/divorced middle-aged women who aren’t nearly as intelligent as they think themselves to be.)