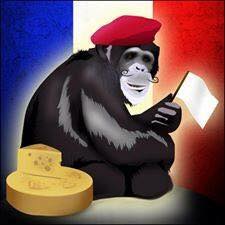 Ex-Patriate Gay Dude Bruce Bawer explains why Europe is so willing to subjugate itself to Islamic Supremacy.

In America we’re taught (or, at least, used to be taught) that our leaders work for us; we learn (or used to) that it’s not only our right but our duty as individuals to stand up to those leaders when we think they’re wrong – especially when we think they’re exceeding their powers and infringing on our rights. But Europeans aren’t brought up that way. Not really. Yes, there’s lip service to the idea of freedom. But when it comes right down to it, they’re raised to bow down to the state – to prioritize not themselves, not the individual, but the society, the commonweal, that abstract ideal known as “solidarity.”

So it is that even in a secret ballot, it takes European voters a remarkable amount of nerve to resist the thunderous chorus of voices from above urging them to vote against their own interests; it feels like nothing less than an act of treason to heed the meek little voices in their own heads begging them to do the opposite – to do what’s actually best for themselves and their loved ones. They’ve been psychologically manipulated to the point where they truly believe, on some level, at least in some Orwellian doublethink kind of way, that acting in clear defense of their own existence, their own culture, their own values, and their own posterity, is an act of ugly prejudice.

There’s a distressingly strong strain of “subjugate yourself to the state as long as its being run by the Democrats” in the United States as well. Heck, you even have groups like Antifa violently demanding *more* subjugation to the state.

And let’s be blunt. The emigrants who left Europe for America in the 19th and early 20th Century were the ones with courage and balls. Leaving behind one’s country to take a chance in a foreign land is an act of ballsiness. (Sadly, immigrants in the 21st Century just want to cash in on America’s generous welfare benefits.)

Naturally, the Europeans who stayed behind were more likely to be wimps, cowards, and (things Trump would grab).  And two world wars probably killed off the European genes for bravery. Let’s face it, a lot of Frenchmen are only around today because their grandmothers learned the German words for “Good evening, handsome soldier.”