I didn’t vote for Donald Trump, but the more Hillary whines, complains, plays the victim, and blames everybody but herself for losing, the more I think we dodged a bullet.

Clinton, interviewed onstage in California at a tech conference by Recode’s Kara Swisher and Walt Mossberg, made a point to say that she took responsibility for her campaign and “every choice” she made, as she has in other public appearances this year. “But,” she said, “that’s not why I lost.”

Clinton again argued that the letter former FBI Director James Comey sent to Congress about her private email server just more than a week before the election was what prompted her to lose critical ground at the end.

Comey wasn’t the only target of Clinton’s ire on Wednesday, though, as she assailed the news media for their coverage of the Comey controversy (reporters covered it like it was “Pearl Harbor,” she charged) and the campaign more broadly, citing a lack of substantive policy reporting on television.

The attitude toward her campaign, she posited, was a result of the assumption that she would defeat Donald Trump, and she said it hurt her.

Here’s a picture of the press corps on Hillary’s campaign plane. (The ‘Walking Dead’ extra in the white jacket is MSDNC’s Andrea Mitchell.) Yeah, they look like they were totally out to get her… elected. 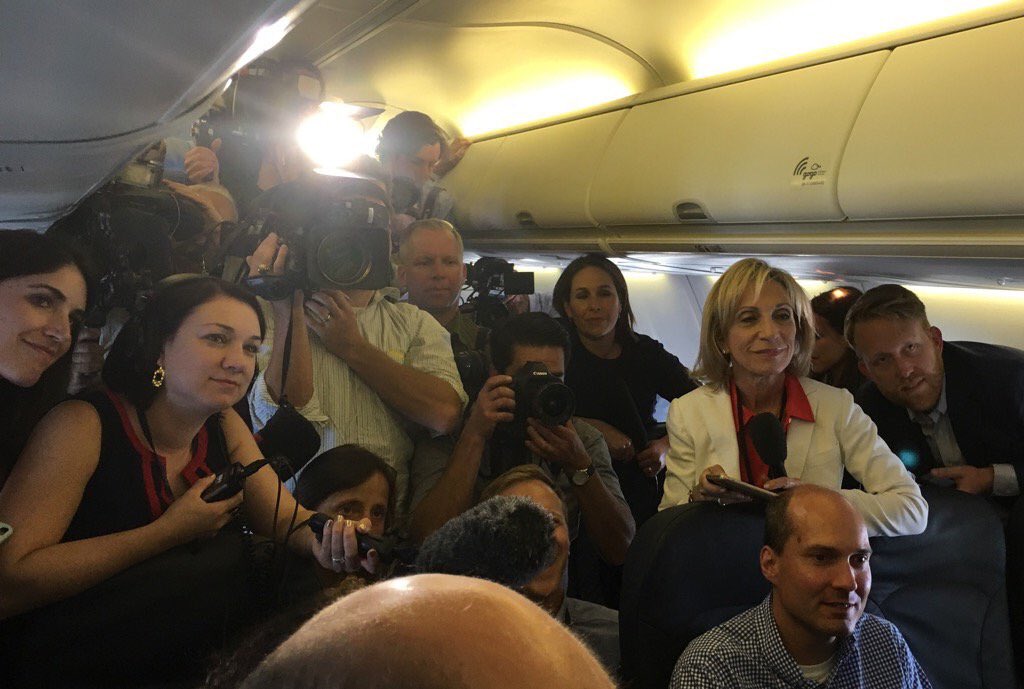 Also, Hillary’s long-time companion Huma Abedin is apparently moving back in with her husband, Anthony “What do you think of my junk, underaged girl” Weiner. Kind of funny how neither one of them is the least bit bothered about being married to creeper, isn’t it?