At the gym, they were playing Kathy Griffin’s sad press conference with Gloria Allred’s daughter. I don’t know what she was saying, since I was listening my workout shuffle of J-Pop and metal. (FWIW, it synched up amusingly sometimes.)

The thing that almost makes me feel sad for Ms. Griffin is that her whole thing is that she wants to be beloved. The beheading of Donald Trump was supposed to win her the hearts of the increasingly violent left; it wasn’t a threat of political violence, it was a glorification of political violence. And when the people, the clique, rejected her… well, she had to try something. So, she does this press conference where she makes another play for the sympathy of the prog left. “I’m the victim of that horrible Donald Trump, and I’ve been a victim of the Patriarchy my whole life.” That venture seems to have come up short also.

For some reason, I started thinking about Betty White. Betty White truly is beloved by people. Why? Longevity, is part of it, roles on two iconic sitcoms twenty years apart. But a big part of it is her demeanor. Betty White is sweet. People like that. And when she does… as she occasionally does… something a bit raunchy, it’s funnier because it’s coming from sweet old Betty White.

You could imagine yourself running into Betty White in a coffee shop and sharing a coffee and biscotti with her. You imagine Kathy Griffin as someone who would be shouting at the barista and loudly talking about herself in order to claim the unwilling attention of everyone in the shop.

Not to mention, Betty White mostly keeps her trap shut about politics.

You would never see Betty White mimicking oral sex on Anderson Cooper. She has enough sense to know it wouldn’t be funny. For someone who alleges to be comedienne, Ms. Griffin has a terrible sense of what’s comedy. Probably because she was raised to believe that it was ‘comic’ and ‘edgy’ for women to be loud and boorish, and she expected that to translate into affection. It does not.

And I know feminists will be saying, “Well, that’s just misogyny. Women can’t get away with being loud, but men are respected for it.” No, not really. Roger Moore passed away last week, and one of the recurring comments on his passing was what a kind, gracious, and classy guy he was. Justin Bieber on the other hand…

Kathy Griffin is a loud, rude, grating, boorish woman completely lacking in comedic instincts who wants more than anything to have the kind of esteem Betty White does. She’s 57-years-old, and she wants the same things a twelve-year-old girl wants. And that’s just sad.

I know in the greater scheme of things, this doesn’t matter. My takeaway isn’t about Ms. Griffin. I couldn’t care less about her (and that’s the most wounding thing to her, nobody cares). But there is, maybe, some sort of lesson about the futility and abject sadness of pursuing fame and esteem as ends in themselves. Even when you succeed, you end up like Madonna; surrounded by wealth and sycophants while your own children can’t stand being around you.

Anyway, if this all bored you, there’s a video of an alt-right guy slamming Robert De Niro after the jump. 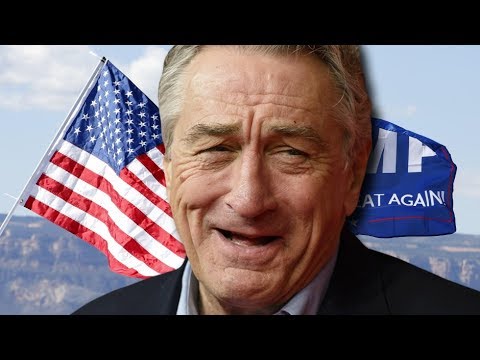